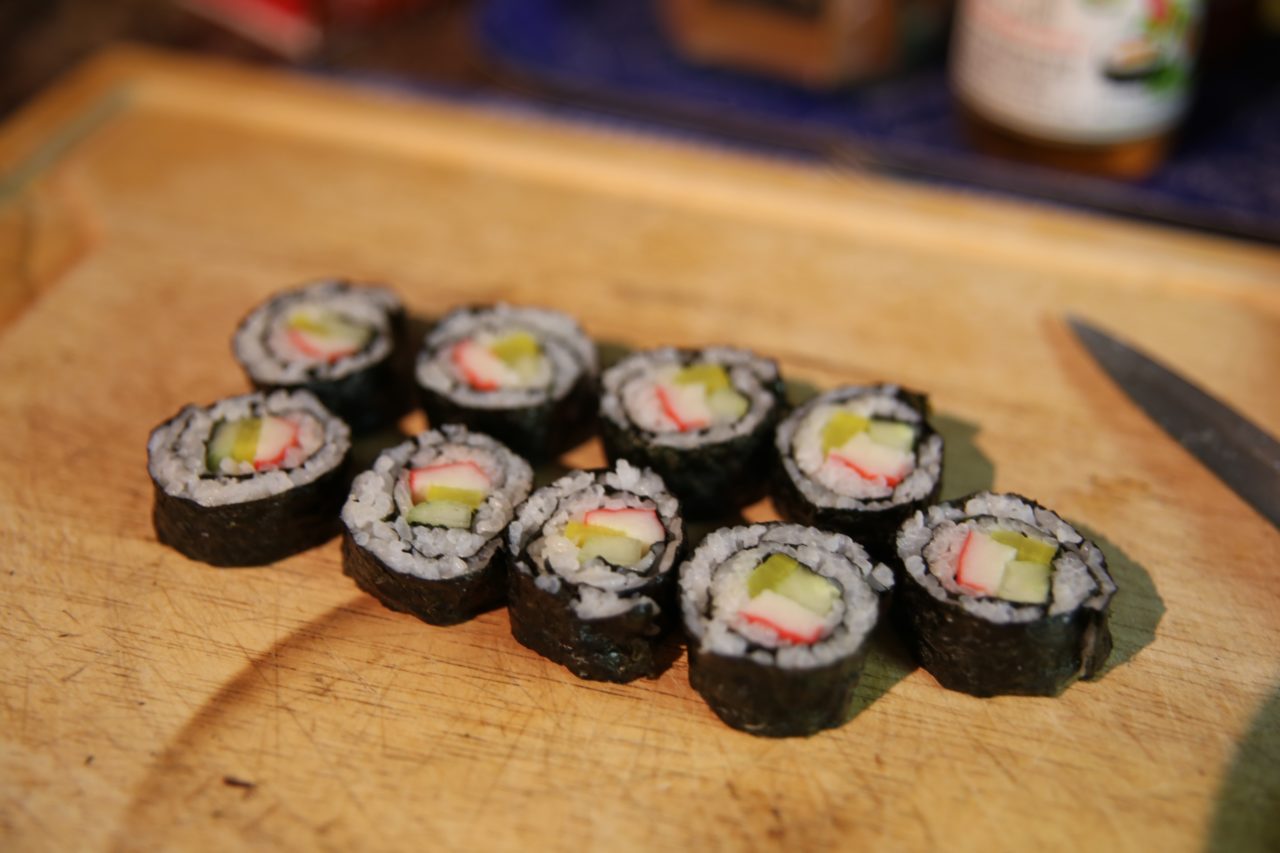 Not sure where you got the term maki roll, but I assume you mean makizushi (“sushi roll”).  My Japanese is pretty weak, but I think you basically just said the equivalent of roll roll.

In any event, as the name suggests, makizushi is a rolled form of sushi.  Typically, it is made from (vinegar-flavored) sushi rice and other ingredients (usually raw fish/seafood and vegetables), usually (but not always) wrapped in nori, a paper-like, dried-and-roasted Japanese seaweed.

Although it looks somewhat like an open-ended burrito, it is generally not eaten like one.  The roll is cut into eight pieces (sometime six).

A hand-roll (called temaki, in Japanese) is to makizushi as a taco is to a tostada.  Same basic ingredients, presented in a different way.

If sushi could be served like an ice-cream cone, that is temaki.

There are a wide varieties of fillings that can be used for both temaki and makizushi, but they both always have sushi rice and (almost) always have nori in common.